I haven’t paid for an event and I’ve lost the permission form. What do I do?

We use MyScout to invite young people to events and very much prefer parents to use this to accept and pay. It really makes a lot of difference to the time our leaders and treasurer have to give. We prefer to not receive money via cheque.

If you’ve lost the permission form, you will need to get the details from someone else but you can download this form and fill it out to give your permission for your child to do a Night’s Away. It has no kit list on, so again you need to find that out. But if you need that form right now, download this.

I’m packing for camp, what’s the shirt in a sock trick? 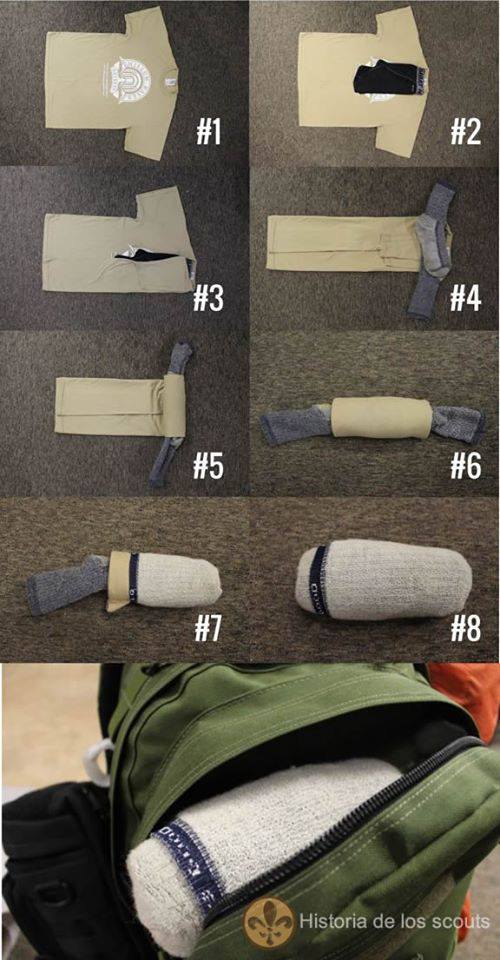 What’s this thing people have mentioned called MyScout and what do I do if I have trouble accessing it?

MyScout is a piece of internet software we use to collect subs, inform parents of the programme of meetings and invite young people to events, collecting payment if required. Parents can also see the contact details we store about their child and the progress they are making with badges. This feature is fully secure so parents are sent a personal invite once their child has committed to becoming an enrolled member of the Group. You receive nearly all information from MyScout from email and you just click a link to carry out the actions. Parents have told us how useful they find it as all the info is on one place and easily accessible, rather than being lost in the kitchen somewhere – yep, we’ve all experienced that one!

What it does mean it that nearly ALL communication with parents is via MyScout so you need to get involved or you will miss events or be the only one in the wrong place etc.

If you have any problems, please contact Andy on [email protected] who will support you to use this useful software.

Where do I go to get my child to the event?

There are several places we use regularly. Here are maps to find them.

Shorefield Holiday Park (zoom in on the map, ideally flip into satelite image, and you will see where the pool and the nearest car-park is – the site is a bit of a maze but there are signs)

BIC, Bournemouth (ice-skating has its own entrance round the back – this map shows the closest you can get by car, switch to satelitte to see the entrance just to the east with its porch over a patio’d area)

Are there badges my child can do as well as at meetings?

Each section has its own activity badges that each young person can get. Then there’s the staged badges which are stages 1 to 5 of an activity such as Music, they start at stage 1 and the badges getting increasingly challenging. They sort of work out as what a beaver, cub, scout, explorer, network scout might be capable of but every young person is different. They might be stage 4 swimming by the time they’re a cub and later take up drums when they’re 15 years old and get stage1 music then.

Use the links below to browse the Scout Association pages for your child. You will also see the Challenge Badges which normally they do at meetings and events. However, there is the odd element that can be done as an individual, community service is one of them.

Where do I put the badges on the uniform?

Use these diagrams to see where to put all the badges.

We also encourage everyone to keep a camp blanket. Many of them were given one when we celebrated a group event back in 2009. Any blanket or large square of fabric will do or you can buy one from the scout shop. Sew on badges from previous uniforms as they move up the sections and collect scouting badges from trips, events and occasions. If you’re not sure ask to see one of the leaders’.

What should cubs bring to weekly meetings?

They need to arrive in their uniform unless the programme says otherwise.

They need to bring a ‘kit’ bag with them with:

What should scouts bring to weekly meetings? And can they/should they have a penknife?

They need to arrive in their uniform unless the programme says otherwise.

They need to bring a ‘kit’ bag with them with

My child is almost 14 years old. How can his scouting adventure continue?

Parents Guide to moving on from Scouts

A young person can stay in scouts until they are 14 years old. Up to then they will have stayed within Bransgore Group and the only other scouting contact they might have had will have been with Christchurch District. But there’s two more stages at least in the scouting family; explorer scouts and network scouts, which have an ever-increasing wider contact.

Network scouts is for 18-25 year olds and has a flexible set-up. As many young people will be away studying or training, or perhaps move away for jobs, they are a member of ‘network’ nationally. Generally they will be a regular member in their home place and perhaps at their university.

Different young people over the years have done different options. Some change their mind as they get older. Young leaders are still technically explorer scouts but they only get involved with either beavers, cubs or scouts.

Explorers is much more laid-back than scouts and they are allowed more independence and decisions. It’s assumed they’ve learnt many of the skills so it’s about using them. They do lots of activities, quasar and bowling come to mind. They often go to Gilwell camps which are national camps and offer fun and more unusual activities. And sometimes they come home having sat and chatted for 2 hours! Oh, and a lot of fires! They are also the age to apply to the World Jamboree which happens once every 4 years.

One advantage of staying with explorers is to do their Duke of Edinburgh. Many schools offer it but they have to work with other young people who’ve never camped and never hiked. Within scouts, they just refine their skills and they find it less boring. The training costs and camps can also be cheaper.

For those interested in becoming a young leader, they do have to be 14 years old and are not allowed to continue once they’ve reached 18. They have to wait for a place as there is a limit to how many a section can have. There’s also one other rule which is that they can’t be a young leader in scouts unless they have been gone for at least 6 months. There is the young leader scheme and the ultimate is the Young Leader belt award. This is achieved after training and demonstrating their skills in their section. It can take 2-3 years to do but can be a useful addition to a CV. However, this is optional and some young people come along each week and don’t do the award.

Why would you want your child to stay in scouting? There’s all sorts of reasons and one of them is the opportunities they are offered;

My child is now a member of scouting. When or how would that end?

Whilst a beaver, cub or scout, all young people are members of both Bransgore Scout Group and the Scout Association. The Group arranges the subscription to be paid to the Scout Association which is collected by Group subs. Membership continues until either the young person leaves scouting or when they forfeit their place. This can occur if they do not attend for 3 weeks in succession without prior arrangement. One aspect of Scouting is about developing character and a commitment is considered part of this. Also we have many young people on our waiting list who would love the place. The full rules and explanations of membership and subscription to our Group can be seen here.

What happens when my child moves up to the next section?

Cubs  use the same necker as they were given in beavers but are given a new cub woggle when they are invested. Once they have swum up, please move the following badges;

All other beaver badges can be put on their camp blanket if they have one.

Scouts will be given a new necker and woggle when they are invested.  We issue new neckers as the old one has often faded and then the old one becomes useful as a backup. For their first week if possible, or by their investiture, please move the following badges;

All other Cub badges can be put on their camp blanket if they have one.

What uniform does my child need?

Beavers need a Beaver sweatshirt and scouting Activity Trousers.  They might also like a Beaver polo shirt but this is optional. This should be worn with black school shoes.

Cubs need a Cubs sweatshirt and the same scouting Activity Trousers. This should be worn with black school shoes.

Scouts need a Scout Shirt, and the same scouting Activity Trousers and a scout belt. This should be worn with boots or black school shoes.

All young people are given a necker and a woggle by the Group when they are invested.

Where can I get the uniform?

There is info about online and local Scout shops on the Christchurch district website. As a group, we would encourage you to use these as the profits go back into scouting.

If you are interested in recycled uniform, the Group holds a small stock. Ask a leader when you’re next at HQ.

There is a commercial shop in New Milton – PMG Schoolwear.